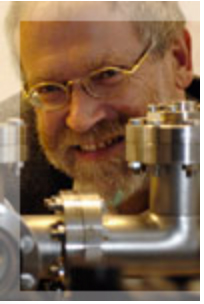 Austrian, quantum researcher, author of Einstein’s Veil. Anton Zeilinger was born in 1945 in Ried/Innkreis, Austria. His family moved to Vienna, where Zeilinger went on to study physics and mathematics at the University of Vienna. In 1971, he completed his studies with his dissertation, and in 1979 he received his postdoctoral lecture qualification in neutron physics at the Vienna Technical University. Until 1981, he worked as an assistant at the University of Vienna, followed by two years as a professor at the Massachusetts Institute of Technology (MIT).
He then taught at numerous universities in Austria and abroad, such as Melbourne, Munich, Paris, Innsbruck, and Oxford. Since 1999, Zeilinger has been director of the Institute for Experimental Physics at the University of Vienna. He has received numerous awards and was honored with the highest scientific recognition that Germany has to offer when he was inducted into the order “Pour le Mérite.”