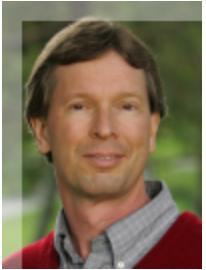 Professor at the University of California, Author of Visual Intelligence: How We Create What We See

He received his Bachelor of Arts degree from the University of California, Los Angeles, in Quantitative Psychology and his doctorate from the Massachusetts Institute of Technology in Computational Psychology. He joined the faculty of the University of California, Irvine, in 1983, where he is now a Professor in the departments of cognitive science, computer science, philosophy, and logic and philosophy of science. He received the Distinguished Scientific Awardof the American Psychological Association for early career contributions to research in psychology, and the Troland Research Award of the US National Academy of Sciences for his research on consciousness. He was chosen by students at UC Irvine to receive their campus-wide teaching award, and to be included in Who’s Who Among America’s Teachers.

He was a visiting Professor at the Zentrum fuer interdisziplinaere Forschung in Germany, and has lectured in the US, Canada, Europe, Russia, and Japan. He has taught a five-day workshop at the Esalen Institute in Big Sur, California, that integrates modern research in cognitive neuroscience with first-person transformational experiences facilitated by silent meditation. He lives with his wife in southern California and feels fortunate that his daughter and her husband live just minutes away.