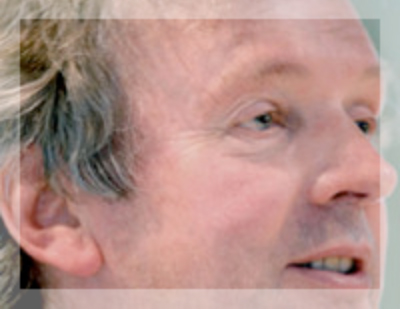 Scientist, biologist, author of Dogs That Know When Their Owners are Coming Home and The Sense of Being Stared At

Rupert Sheldrake was born on 28 June 1942. He wrote more than 75 scientific papers and ten books. A former Research Fellow of the Royal Society, he studied natural sciences at Cambridge University, where he was a Scholar of Clare College, took a double fi rst class honors degree and was awarded the University Botany Prize. He then studied philosophy at Harvard University, before returning to Cambridge, where he took a PhD in biochemistry. He was a Fellow of Clare College, Cambridge University, where he carried out research on the development of plants and the ageing of cells. At Clare College he was also Director of Studies in biochemistry and cell biology. He is the current Perrott-Warrick Scholar and Director of the Perrott- Warrick Project, which is funded from Trinity College, Cambridge. He is also a Fellow of the Institute of Noetic Sciences, near San Francisco, and an Academic Director and Visiting Professor at the Graduate Institute in Connecticut. His fundamental work is A New Science of Life: The Hypothesis of Morphic Resonance, which was published in 1981 and the second version was revised this year. In this book Rupert Sheldrake describes the hypothesis of morphogenetic fields, which shape developing organisms. Past forms and behavior of organisms, he argues, influence organisms in the present through direct connections across time and space by a process called morphic resonance. Calling into question many of our fundamental concepts about life and consciousness, Rupert Sheldrake reinterprets the regularities of nature as being more like habits than immutable laws. Rupert Sheldrake’s most recent book, The Sense of Being Stared At, discusses on the psychic staring effect, telepathy, premonition and other unexplained human abilities. He shows that many of these taboo
topics make sense when we abandon the idea that our minds are confined to the insides of our heads.