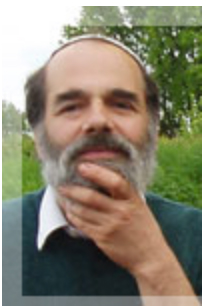 Rabbi, Author of The Three Pillars of Judaism and The Eternal Journey: Meditations on the Jewish Year

Born in Glasgow, Scotland, in 1957, Jonathan Wittenberg moved to London with his parents in 1963. He was born into a family with a long rabbinical tradition, going back several generations in Germany and Eastern Europe. Having earned his degree in literature at the University of Cambridge, he studied for the rabbinate at Leo Baeck College in London, and in Jerusalem. Since 1987, he has been rabbi of the New North London Synagogue and has been recently appointed senior rabbi of the Masorti Movement UK. Rabbi Jonathan Wittenberg is married to Nicola Solomon and they have three children. As Rabbi of the New North London Synagogue Rabbi Jonathan Wittenberg plays a leading role in the development of the Masorti community in Great Britain, a movement which fosters traditional, non-fundamentalist Judaism.

He has written several books, is a sought-after speaker and an advocate of interfaith dialogue. Joining with Christian and Muslim religious leaders he strives to promote understanding and cooperation between different faiths. Rabbi Wittenberg has worked in multi-faith hospital and hospice settings. Together with leading fi gures, including the Bishop of Oxford, he is working to establish a multi-faith school in London. The school would offer pupils from different faiths the opportunity to study secular subjects together and share the wisdom of their traditions, while also studying their own religion in depth. Rabbi Jonathan Wittenberg’s writings refl ect his strong interest in literature, pastoral care and the spiritual tradition of Judaism.

Rabbi Jonathan Wittenberg writes about the Jewish faith, moral issues, his love of nature, the spiritual search, human responsibility, and the transience of life. He believes that accepting life’s limitations is essential; only when we struggle with them do we obtain freedom. Rabbi Wittenberg invites his readers to explore their own history and spirituality: ‘All people seek the secret of their continuity. The light of where we come from shines into the uncertainty of who we are. For where we come from is always at the heart of who we are, and until we understand the greater journey of our family and people, we cannot recognize the direction of our own life.’