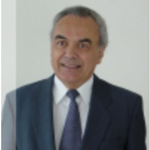 Microbiologist, Professor emeritus at the Biocenter of Basel University, Nobel Prize in Medicine

Werner Arber was born in Gränichen in the Swiss canton of Aargau on June 3, 1929. He became interested in fundamental research during the last year of his studies. Today, Werner Arber is a Professor Emeritus at the Biocenter at Basel University, which now employs around 430 people and is one of the leading institutes in the fi eld of fundamental research in the world. Werner Arber sees many opportunities arising from genetic engineering but is recognized however as a resolute opposer of the patenting of beings. Werner Arber discovered ‘restriction enzymes’ special proteins in bacteria that serve as molecular scissors in genetic engineering.

He made this groundbreaking discovery in the fi eld of genetic engineering while conducting research into atomic energy when he was investigating the effect of radiant energy on living organisms. After Werner Arber was awarded with the Nobel Prize, life in the Arber household was never the same again.

His ten-year-old daughter Silvia naturally wanted to know why her father was suddenly so famous. Her father told her about the ‘molecular scissors’ and she made up a fairytale from the story about «the king and his servants.» In the story the «very long yet thin» king is the DNA and the «fat and small» servants are the enzymes. Silvia’s father had discovered that one of the servants performed the role of the scissors. If a foreign king tried to invade, the servants would cut him into tiny fragments. ‘That is why my father was awarded by the Nobel Prize for the discovery of the servant with the scissors’, Silvia explained proudly.