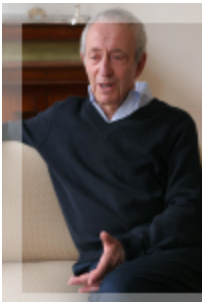 Emeritus Rabbi of The Liberal Jewish Synagogue Rabbi Dr. David J. Goldberg OBE is Emeritus Rabbi of The Liberal Jewish Synagogue, London, having served the congregation as Associate then Senior Rabbi since 1975. The Liberal Jewish Synagogue is one of the oldest, largest and most prestigious Progressive congregations in the world, with an eminent membership that includes many well-known figures in the arts, theater, academia and public life. Educated at Manchester Gram- mar School, Oxford University and Trinity College, Dublin, David Goldberg received his rabbinic ordination from Leo Baeck College, London in 1971.
Widely known in Jewish and general circles for his radical theological views and trenchant criticisms of Israeli policy in the Occupied Territories, he is a regular contributor on religious and political topics to BBC programmes and leading newspapers such as The Times, The Sunday Times, The Guardian, The Independent, etc. He is the author or editor of several books, including The Jewish People: Their History and their Religion (Viking,1987, Penguin,1989), Towards the Promised Land: A History of Zionist Thought (Penguin,1996), the Italian edition of which won the 1999 Premio Iglesias as best book in the Religion and Culture category (it is shortly to be reissued by Faber & Company), and The Divided Self: Israel and the Jewish Psyche Today of Israel-Palestine peace, he was one of the first British Jews to be invited to meet President Arafat after the signing of the Oslo Accords in 1993. In 1999, he was awarded the Gold Medal of the
International Council of Christians and Jews for his ‘outstanding contribution to interfaith harmony’, having been the initiator of the first Jewish-Christian-Muslim dialogue meetings to be held in the UK. In 2004 he had the Order of Officer of the British Empire (OBE) conferred on him by HM the Queen in recognition of his services to interfaith work.