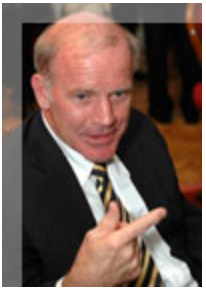 American, Nobel Prize in Chemistry. Biochemist Kary Banks Mullis was born in 1944 in Lenoir, North Carolina. He studied chemistry at the Georgia Institute of Technology and received a Bachelor of Science degree in 1966. He earned a PhD in biochemistry from the University of California, Berkeley, in 1972 and lectured in biochemistry there until 1973. That year, Kary Mullis became a postdoctoral fellow in pediatric cardiology at the University of Kansas Medical School. In 1977, he began two years of postdoctoral work in pharmaceutical chemistry at the University of California, San Francisco.

In 1979, he joined Cetus Corp., a California biotechnology firm, where he carried out his prize-winning research. In 1986, he was named director of molecular biology at Xytronyx, Inc. in San Diego, where he concentrated his work on DNA technology and photochemistry. In 1987, he began consulting on nucleic acid chemistry for more than a dozen corporations, including Angenics, Cytometrics, Eastman Kodak, Abbott Labs, Milligen/Biosearch and Specialty Laboratories. He received a Nobel Prize (together with Michael Smith) in chemistry in 1993 for his invention of the polymerase chain reaction (PCR).