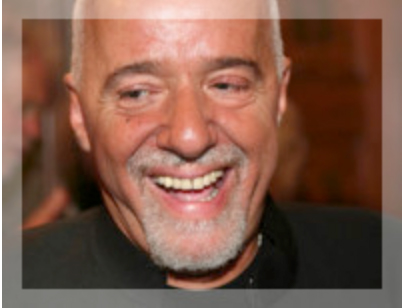 Brazilian, writer, author of the best-selling novel The Alchemist. Paulo Coelho was born in Rio de Janeiro in August 1947. During the early 1970s he founded an alternative magazine entitled “2001.” He started writing lyrics for the music producer Paul Seixas and went on to work as an executive in the music industry at the age of 26. In 1977 Paulo Coelho decided to follow his dream and became a full-time author.

In 1987 he wrote The Pilgrimage, recounting the journey along the ancient road to Santiago de Compostela. A year later Paulo Coelho wrote an entirely different book: The Alchemist. It sold more copies than any other book in the history of Brazilian literature. So far, more than 30 million copies have been sold in 140 countries. Paulo Coelho is not only one of the most widely read, but also one of the most influential contemporary writers. “His books have enriched the lives of millions of people,” wrote The Times in the United Kingdom. 65 million copies of his books, published in 150 countries, have been sold.

His works have been translated into 60 languages. Coelho won numerous prestigious international prizes, including the Crystal Award of the World Economic Forum, the American Blouin Foundation Prize, the German Bambi 2001 and the Hungarian Club of Budapest Award. The French government dubbed him a Chevalier de l’Ordre National de la Légion d’Honneur. In 2002 he became a member of the Académia Brasileira das Letras. He was appointed special envoy of the UNESCO program for spiritual rapprochement and intercultural dialog. He founded the “Paulo Coelho Institute” which offers support to underprivileged members of the Brazilian society. Since the foundation of Waldzell, Paulo Coelho has been a friend and staunch supporter; moreover, he is a patron of the “Architects of the Future.”