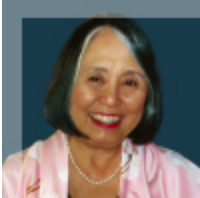 Psychiatrist and Jungian analyst, Professor of Psychiatry, University of California, San Francisco, Author of Urgent Message From Mother: Gather the Women, Save the World

Jean Shinoda Bolen, M.D. is a psychiatrist, Jungian analyst, clinical Professor of psychiatry at the University of California, San Francisco and an internationally known author and speaker who draws from spiritual, feminist, Jungian, professional and personal experience. She is a Distinguished Life Fellow of the American Psychiatric Association and a former board member of the Ms. Foundation for Women and of the International Transpersonal Association. She is the author of The Tao of Psychology, Goddesses in Everywoman, Gods in Everyman, Ring of Power, Crossing to Avalon, Close to the Bone, Goddesses in Older Women, Crones Don’t Whine and Urgent Message From Mother. Goddesses in Everywoman provides archetypal support for women to know themselves and has been translated into twentytwo languages, most recently into Chinese, Russian, Slovenian and Hungarian.

The Millionth Circle and Urgent Message From Mother are inspiring an international grass roots women’s circle movement and advocating a United Nations 5th Women’s World Conference. Toward these goals, Dr. Bolen has spoken at the UN Commission on the Status of Women, NGO parallel events in 2006, 2007, 2008, and was keynote speaker at the 3rd International Women’s Peace Conference (2007). Dr. Bolen received her medical degree from UCSF in 1962, and completed her psychiatric residency at UCSF in 1966.