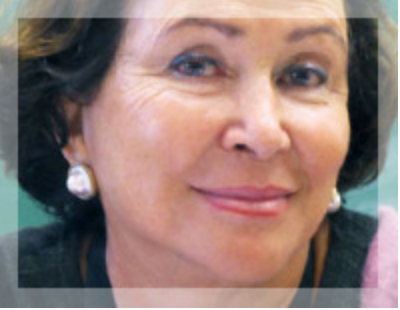 Secretary-General for Sawiris Foundation, Founding President of the Association for the Protection of the Environment (APE), philanthropist

Yousriya Loza Sawiris is a former member of the Egyptian Parliament (1995-2000). She is also the owner of a private audit fi rm, which she set up in 1981 to provide services to associations and nonprofit organizations. Formerly, she was with Ford Foundation regional office in Cairo, in financial management. She also has been member of the board of directors of the Ecumenical Development Cooperative Society, currently known as the Oikocredit International Share Foundation, based in the Netherlands. Yousriya Loza Sawiris is the founder and current Treasurer of the Association for the Protection of the Environment (APE), dedicated to the improvement of the livelihoods of the garbage collector communities, and served as its chair for twelve years. She serves on many Egyptian boards: the National Council for Childhood and Motherhood, the National Council of Women, the Social Fund for
Development, Cairo Municipality, member of Board for the Egyptian Water and Wastewater Regulatory Agency. Yousriya Loza Sawiris is the founder and president of the Egyptian Organization for Street Children, founder and president of Egypt Liver Care Society, and the founder and chairman of the Enhancement of Integrated Services and Waste Recycling ‘S.A.E.’ Register No. 29928. Yousriya Loza Sawiris holds a Bachelor of Commerce degree from Cairo University as well as an MBA from the American University in Cairo. She is an alumna of Harvard University’s Executive Education Programs (1998-2008). She has received a number of rewards such as the Global Women’s Leadership Award in Cairo in 2006.