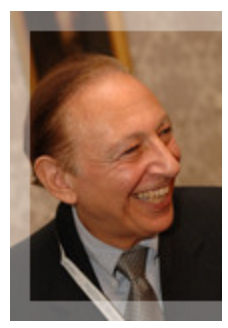 American, discoverer of the HI virus and the most frequently cited medical scientist in the world. Head of the Institute of Human Virology (IHV) in Baltimore, USA.

Robert Charles Gallo, born in 1937 in Connecticut, first became a physician and then studied the biology of blood cell biochemistry. He is considered one of the world’s foremost experts in virology and molecule biology. From 1972 to 1995, he was head of the Laboratory of Tumor Cell Biology at the National Cancer Institute of the National Institutes of Health (NIH) and subsequently head of the Institute of Human Virology at the University of Maryland at Baltimore. After having taken an interest in publications on leukaemia in both cats and mice many decades ago, Gallo has been working on retroviruses ever since. Gallo and his team succeed in isolating the first retrovirus to be found in humans, HTLV-1, in 1980. Two years later Gallo discovered the second human T-cell virus (HTLV-2), which may trigger a certain form of leukaemia, too. The methods Gallo and his team developed, including how to grow human T-cells in the laboratory, have been instrumental in discovering HTLV-1 and -2 have also been put to use by other groups; e.g., the team of Luc Montagnier at the Pasteur Institute in Paris. In 1983, this French team reported having isolated HIV. Gallo succeeded in multiplying the virus and developing a blood test to detect the HIV virus, and obtained numerous isolates of HIV from AIDS patients.

Subsequently, he worked in cooperation with the French team and obtained a complete sequence of the HIV genome. In the early 90s AIDS pioneer Gallo started to concentrate on working out a new approach to AIDS therapies, and a special emphasis on developing a preventive vaccine.