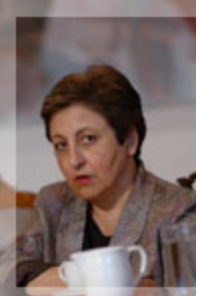 In 2003 the Iranian lawyer and human rights activist was the first Muslim to be awarded the Nobel Peace Prize, which has existed since 1891. Since the first female laureate Bertha von Suttner, who was awarded this prize for her dedication to peace, Shirin Ebadi is the 11th woman–once the prize was shared–within a long series of male laureates. In Iran, this award to an Iranian born laureate was withheld for two days. Shirin Ebadi was the first female judge in the history of Iran but was forced to resign in 1979 after the revolution.

Since then, she has been advocating human rights, demanding the abolishment of the death penalty, mutilation, and torture, fighting for the freedom of press and speech and the emancipation of women.