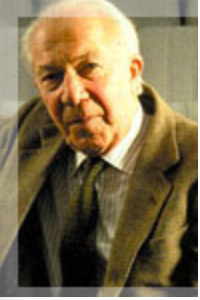 Christian de Duve was born in Thames-Ditton, Great Britain, in 1917 and grew up with his Belgian parents in Antwerp, Belgium. Actually, de Duve was strongly attracted to the humanities, but nevertheless he decided to study medicine. Having completed his medical and, later, chemical studies at the Catholic University of Louvain, Belgium; he assumed a teaching position there in 1947. In 1962 he was appointed a professor at the Rockefeller Institute, now the Rockefeller University, in New York, while keeping his position in Louvain. He has since shared his time between Belgium and the United States. In 1985 he became emeritus. 1974 was the year when he was awarded the Nobel Prize and also founded the International Institute of Cellular and Molecular Pathology in Brussels, now called the Christian de Duve Institute of Cellular Pathology. He was president of this institute until 1991 and still serves on its board. Christian de Duve has been married since 1943.