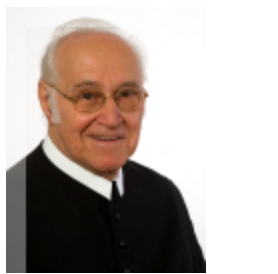 As a theologian and philologist, Abbot Burkhard ranks as one of the most knowledgeable experts of the Benedictine rule which, with its principle ORA ET LABORA ET LEGE, is considered an essential milestone in cultivating Europe and its democratic order. Due to his dedication of over 20 years to the restoring of Melk Abbey during his tenure, Abbot Burkhard is renowned for being one of Melk’s greatest builders. Abbot Burkhard F. Ellegast, was honored many times for his work and dedication.
The series of medals and awards include the ‘Große Silberne Ehrenzeichen für Verdienste um die Republik Österreich’ (Republic of Austria), the ‘Große Verdienstkreuz des Verdienstordens der Bundes- republik Deutschland’ (Federal Republic of Germany), the ‘Goldene Kompturkreuz des Ehrenzeichens für Verdienste um das Bundesland Niederösterreich’ (Austrian province of Lower Austria), the ‘Großkreuz Pro Piis Meritis de l’ordre Pro Merito Melitensi des Souveränen Malteser Ritterordens’ (Sovereign Order of the Knights of Malta).