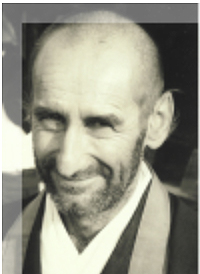 Vanja Palmers was born in Vienna in 1948; soon afterwards his family moved to Switzerland. He gave up his studies at Zurich University as well as the business career he had only just started. As a typical representative of a whole generation of hippie dropouts, he was convinced that the world must change fundamentally and that we were standing on the threshold of a profound reshaping of human consciousness. His path led him, via Yoga, to meditation and to Zen.

After a few years’ wanderings, Vanja Palmers underwent a ten-year formal training as a monk and priest at Tassajara, the monastery
established by the Zen center of San Francisco. In 1983, Vanja Palmers returned to Europe. In 1989, together with Brother David Steindl-Rast, he founded the ‘Ökumenisches Haus der Stille’ (House of Silence) at Puregg in the Austrian province of Salzburg which is dedicated to interreligious, especially Christian- Buddhist, dialogue. In 1998, Vanja Palmers was a co-founder of the ‘Stiftung Felsentor’, a meditation center on Mount Rigi in Central Switzerland, which highlights the relationship between spirituality and animal protection.

Vanja Palmers has been the Dharma Heir of Kobun Chino Otogawa since his death in 2002. Influenced as he is by his own experiences in his youth, he is now faced with the consumerism of today’s young generation (including his own daughter) and with the situation of the world in general. Vanja Palmers thinks that today it is indicated, even imperative, to address once more the phenomenon of psychedelic substances, or entheogenous substances as they are called in a religious context.