Philip, Archbishop of Poltava and Myrgorod 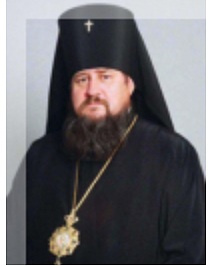 Head of the Department of Religious Formation, Catechesis and Missionary Work of the Ukrainian Orthodox Church of the Moscow
Patriarchate

Head of Department of Missionary Work at the Holy Synod of the Ukrainian Orthodox Church (Moscow Patriarchate). Roman Albert
Osadchenko was born in Dnepropetrovsk (Ukraine) in a soldier family. After graduation from high school he joined the biology factulty of Kharkov University, graduating in 1979. A year later he was ordained and appointed as a priest at Kazan Cathedral in Kursk, where he also worked as the Acting Head of Chancery in the Kursk diocesan administration. Five years later he became Secretary of the Irttsk
diocesan administration. Shortly afterwards, he returned to the Ukraine and became a priest in the Poltava diocese-at fi rst as a senior priest in the priest of St. John the Baptist in the Poltava region, few years after- of St. Nikolas the Wonderworker in Kosmomolsk. In 1993, he entered a monastery and became a rural dean of Kremenchug District in the diocese of Poltava. A year later, the Beatitude Metropolitan appointed him archimandrite. Subsequently, he became Rector of Poltava Theological School an editor-in-chief of the newspaper ‘Kremenchung Orthodox’ in rapid succession. In 2001 he was consecrated Bishop in the Cathedral of Kiev-Pechersk Lavra, four years later he became Archbishop. Graduated from Moscow Thelogical Seminary and Kiev Theological Academy. Doctor of Theology (Uzhgorod Ukrainian Theological Academy). Since 2002, he has been Head of the Department of Religious Education, Catechesis and Missionary Work of the Ukrainian Orthodox Church of the Moscow Patriarchate (now be reformed into Department of
Missionary Work at the Holy Synod of the Ukrainian Orthodox Church).