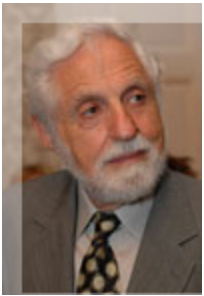 Austrian emigrant to the USA, father of “the Pill.” Carl Djerassi was born in Vienna in 1923. His family fled to New York in 1938 and he graduated from Kenyon College in Ohio in 1942. His first job was a junior chemist with the Swiss pharmaceutical company CIBA where he helped invent a powerful antihistamine called Pyribenzamine. He received his Ph.D. at the University of Wisconsin in 1945 and drifted south to Mexico City where he was Associate Director of Research in a chemical company called Syntex.

The company’s supreme achievement, the oral female contraceptive, would forever be called “the Pill.” This was in 1951, when Djerassi was 28 years old. In 1952, he accepted a professorship of chemistry at Wayne State University and in 1959 at Stanford University where he became Prof. Emeritus in 2002. In January 2004, Austrian citizenship was bestowed on him by the Austrian government.